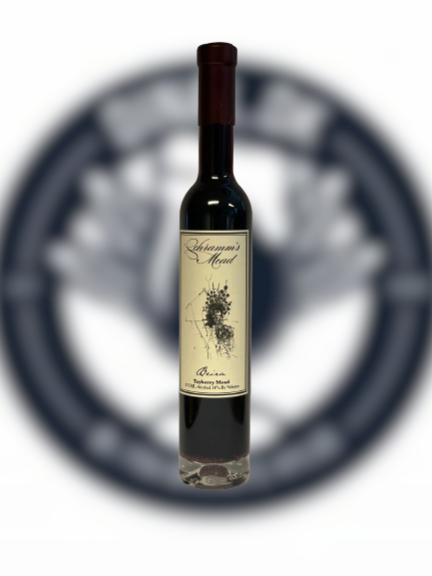 Named for the river Tay - Scotland's longest riv er - Tayberries were first cultivated in 1979 when Dundee horticulturist, Derek I. Jennings crossed Scottish red raspberries and the American 'Aurora' blackberry. Our Tayberry mead is named for Beira, a one-eyed giantess from Scottish mythology. According to legend, Beira is the Queen of Winter and mother of all other gods and goddesses. She built Scotland's mountains, created Loch Ness, drank from the fountain of youth, and commands the weather.